If you ride bicycles, you may have an idea of just how much crashing hurts.  Crashing or being hit while riding your bicycle can be anything from simply embarrassing to majorly painful.  New riders may think that they’re skilled enough to never crash, but ask any bicycle accident lawyer and they will tell you there are many factors outside of one’s control, and the occasional crash is inevitable.

This is why bike safety is so important.  There are so many ways that bike injuries can linger or lead to lifelong issues that to ride without the proper safety gear is very unwise.  This is especially true for those who live in a large city like New York City.  Because NYC has such a large population, there are many more people and vehicles on the streets.  It’s much more likely someone will run into you or get in your way and cause a crash.

While broken bones will hurt and take time to heal, a head injury can be even worse.  Traumatic brain injury can be irreversible and make it difficult to function.  It can lead to vision and hearing loss, difficulty with memory, a lack of coordination, and can even affect your heart rate and ability to breathe.   Because each section of the brain controls different parts of the body, a brain injury can affect just about anything. 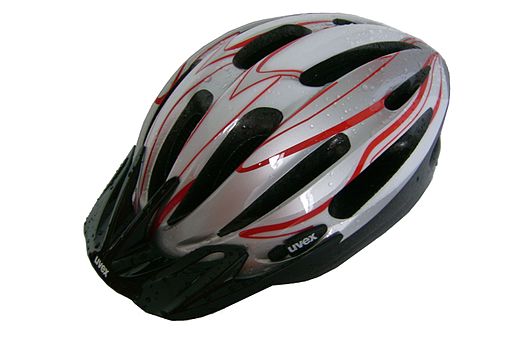 Bicycle Injuries: Would they have been prevented with a helmet?

According to the Insurance Institute for Highway Safety, in 2009, 91% of all bicyclists killed in an accident were not wearing a helmet. That means out of the 628 riders who were killed that year, 573 of them weren’t wearing a helmet.  This wasn’t an abnormal year, either—the percentage of bikers who died in accidents and were not wearing a helmet has never been below 80% with the exception of the 2010-2012 statistics.  These statistics are actually the abnormality because, while 65 to 70% were not wearing helmets, another 16 to 17% are listed as “unknown,” meaning they may or may not have had some kind of protective headgear on at the time of the accident.

The most commonly injured bicyclist is a male over 16 years old riding without a helmet in an urban area.  Out of the 601 bikers who were killed in 2012, only 166 of them had a blood alcohol content level above .08 percent.  Most were completely sober.

What can be drawn from these statistics?  While it’s hard to say if any of the bicyclists would have survived their crash if they had been wearing a helmet (helmets cannot prevent neck or face injuries), it’s entirely possible some of them would have.

In many non-fatal crashes, there is a definite answer: helmets reduce damage to the brain.  According to a number of studies, head injuries account for over 60 percent of all bicycle-related injuries.  In a study done by the Bicycle Helmet Safety Institute, medical professionals reported that up to 88 percent of these head injuries that resulted in brain trauma could have been prevented had the bicyclist been wearing a helmet.

Keep a Lid On It: Wear a Helmet – How to choose or replace a helmet.

Cheap or Expensive Bicycle Helmets – How much of a difference is there?

Precious Protection – The evolution of helmets over the years and what designers have learned.

What You Need to Know About Bicycle Helmets – Helmet safety for children and adults.

The cerebellum is the part of the brain that coordinates movement, balance, equilibrium, and helps with reflexes.  Those who have damage to their cerebellum may have difficulty performing complex actions or, in the case of major damage, basic actions like walking.

The frontal lobe is where much of our thinking occurs.  It controls things like how we perceive our environment, our emotions, our language, and how we understand concepts and solve problems.  A head injury that affects the frontal lobe can make it very difficult to function.

The parietal lobe handles many of our senses, including touch perception and our ability to manipulate objects.  Damage here can throw off how the senses work together.

The occipital lobes are concerned with one function: vision.  Damage to these lobes can lead to a loss of vision and blurred vision.

Finally, the temporal lobes handle hearing, memory, emotion, and the processing of verbal information.  Light damage can cause a decrease in hearing or in memory, while major damage can leave someone unable to express emotion or remember much of anything.

Understanding Brain Injury – What you should know about brain injury recovery.

How Your Brain Works – An informative slideshow from the Mayo Clinic.

Brain Basics: Know Your Brain – A look at how the brain functions.

Living with Brain Injury – The difficulties a brain injury can cause and how one can adapt.

Traumatic Brain Injury – What can happen when the brain is injured. 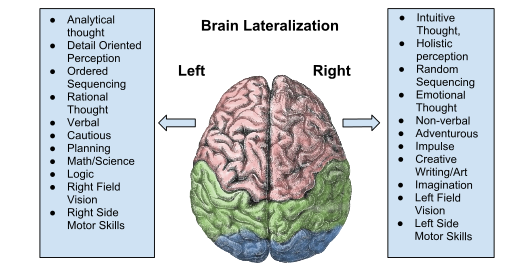 Parts of The Brain and Their Functions – How will brain damage affect your functionality?

The Four Lobes – What they are and what they do.

Brain Structures and their Functions  – An online resource on the brain.

Damage to the Frontal Lobes – How an injury to the frontal lobe affects a person.

Parts of the Brain and Their Functions – Details the different sections of the brain.

Conclusion
While being injured in a bicycle crash may be inevitable, wearing a helmet can greatly reduce the chances or severity of brain damage.  In many cases, a brain injury doesn’t just affect one area—several parts of the brain can be damaged, leading to a number of different problems for the bicyclist.  Why risk that?  A helmet is a fairly inexpensive and easy to wear piece of equipment that can provide a great amount of protection.  It seems a risk that few people should be willing to take, yet many people ride their bikes without wearing a helmet.  Even worse, a number of parents let their children ride bikes without proper safety gear.  No one is too young or too old to wear a helmet.

Don’t open yourself up to brain damage from a bicycle injury.  Purchase and wear a helmet whenever you ride.